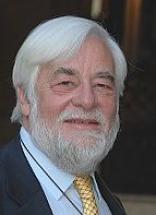 Mark Dubrulle (66), President of the Club of Rome EU Chapter in Brussels, has been involved in environmental activism and environmental management for 40 years. His professional experience includes environmental management and communication strategies, as well as European affairs. He is a Board member of CoR-EU since 2001 and a Committee member of ECOROPA, a green think tank, since 1977. He was President of GreenFacts- Communicating Scientific Facts on Health and Environment from May 2005 to October 2009, Chairman of the Europe of Cultures Forum during the same period.
A founding member of the Belgian confederation of nature conservation and environmental organisations, Mark Dubrulle was National Secretary of the Bond Beter Leefmilieu / Inter-environnement from 1970 to 1980. He was a co-founder and, from 1980 to 1982, the first Secretary of the Flemish green party AGALEV (presently Groen!), but doesn’t hold any political mandate.
Appointed Managing Director of Hill and Knowlton International Belgium in 1980, he left this leading PR agency to start his own consultancy in 1986. Until 1998 he was Managing Director of EMSA Europe S.A., Environmental Management Strategies and Analysis. He presently is Managing Director of Dubrulle s.c.r.l., a cooperative services consultancy specialized in environmental affairs and sustainable development.
He has a special expertise in communication strategies and counselling at boardroom level, as well as in environmental conflict resolution. He designed organised, facilitated and/or chaired more than 20 international conferences on environmental issues.
Mark Dubrulle is the author of numerous articles on environmental issues, communication, Europe and cultural identities. He published "Future European Environmental Legislation and Subsidiarity" ('92), "Régionalisme, Fédéralisme, Ecologisme: de nouvelles bases culturelles et économiques pour l'union de l'Europe" ('95) « Impasses et perspectives de l’écologie politique » (’97) and « Identités culturelles et citoyenneté européenne » (2009)1. He lectured at several universities in Belgium, France, Italy and the U.K. He was a Belgian delegate at the first UN Conference on the Human Environment in Stockholm (1972), is a Past President of the European Society for Environment and Development (ESED), stood on the Policy Committee of the International Council
for Oil and the Environment (ICOE) in Edinburgh.
He was trained at the Naval School and spent two years at sea. His academic background is in psychology and sociology at the Social Academy of his hometown Gent.